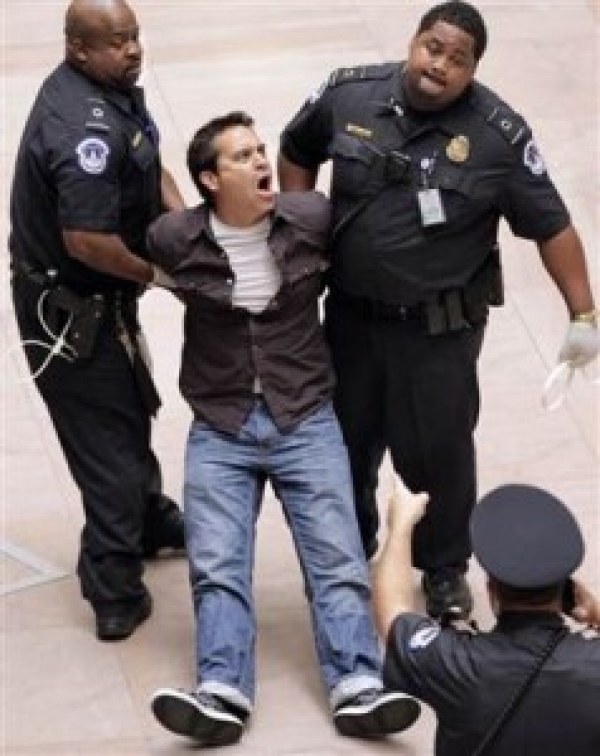 Disorderly conduct (also called "disturbing the peace") is a crime that normally involves some kind of offensive public action. Criminal statutes in some states incorporate public intoxication as one classification of behavior that can be recognized as disorderly conduct. In other states, public intoxication is a separate criminal crime, while in still other jurisdictions the criminal codes could include a crime called "drunk and disorderly" conduct. This article explains disorderly conduct and public intoxication offenses, whatever they might be classified as where you live.
It's worth regarding that alcohol is often a factor in the commission of many other offenses not discussed here. Estimates are that alcohol or drug misuse plays a notable role in the commission of at least a third of all severe violations, including domestic violence and various assault crimes. Other offenses where alcohol is a crucial factor include DUI and minor in possession or underage drinking crimes.
What is Disorderly Conduct?
Disorderly conduct laws enable police officers to detain people whose public behavior is offensive or whose actions conflict with other people's enjoyment of public spaces -- usually because of the violator's use of alcohol or drugs. But remember that in several states, a criminal charge of disorderly conduct does not always require the offender's use of alcohol. Any disruptive behavior -- including being irrationally noisy, and disturbing the peace, can fall under disorderly conduct depending on how the crime is defined in your state's criminal statutes.
Public Intoxication Laws
Most states have laws that make it a crime to be inebriated in public, although some state laws demand some accompanying disruptive public action (similar to disorderly conduct). In states where there is no special public intoxication law, law enforcement officers might have the right to arrest people who are intoxicated to a debilitating level and let them sleep it off in a cell at the local jail.
Public intoxication laws are intended to preserve the safety of someone who is inebriated, and more generally protect society's interest in the unobstructed and secure use of sidewalks, parks, shopping malls, restaurants and any space outside of a person's home that is free to the public.
Punishment for Disorderly Conduct and Public Intoxication
In most states, disorderly conduct and public intoxication are deemed misdemeanors, and are punishable by fines, education programs, community service, probation, and jail sentencing of less than one year of imprisonment, although any jail punishment that's handed down usually is much less, and in several cases incarceration can be bypassed altogether.
Tweet
Published in Firm News

More in this category: « How To Avoid Motorcycle Accidents Miranda Rights: What Happens If the Police Don't Read You Your Rights? »

Make sure you enter all the required information, indicated by an asterisk (*). HTML code is not allowed.

Information found on this Website is not, nor is it intended to be, legal advice.

You should consult an attorney regarding your individual situation.

EMAIL: This email address is being protected from spambots. You need JavaScript enabled to view it.

Disclaimer: Any results achieved on behalf of prior Clients in other matters, does not necessarily indicate similar results can be obtained for other clients.